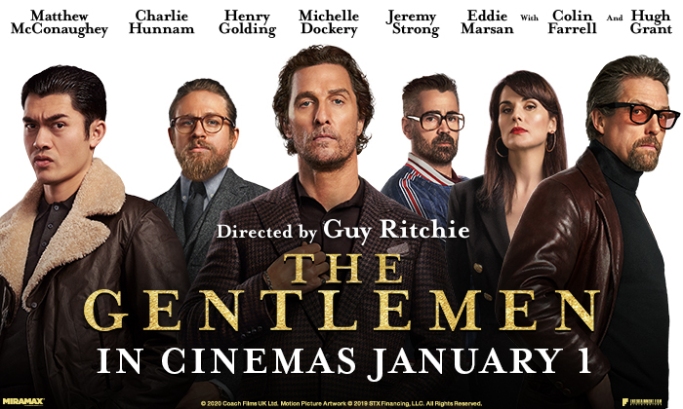 I enjoyed his two Sherlock Holmes films starring Robert Downey Jr., and while they were neither critical nor box office successes, I liked THE MAN FROM U.N.C.L.E (2015) and KING ARTHUR: LEGEND OF THE SWORD (2017).

Ritchie’s latest, THE GENTLEMEN (2019), filmed in 2019 but released here in 2020, is a gritty hard-hitting comedy-drama about an American drug dealer working to maintain his British drug empire amid attempts by his competitors to take him down.  It gets off to a somewhat slow start but then gets better as it gains steam and laughs, and by the time all is said and done, it’s another Guy Ritchie movie that is worth a look, in spite of what some critics are saying about it.

THE GENTLEMEN also has a terrific cast, led by Matthew McConaughey, who plays champion marijuana grower and self-described king of the jungle, Mickey Pearson. It’s another signature McConaughey performance, and for the most part he plays it straight, making Pearson a man who in spite of his principles, especially when it comes to his business, is not a man to be trifled with. He’s had a violent past, and he makes sure his enemies don’t forget that. While others in the cast get the laughs, McConaughey stays serious.

The story unfolds in a somewhat confusing way at first, as a private detective named Fletcher (Hugh Grant) confronts Pearson’s right-hand man Ray (Charlie Hunnam) with a demand for money because he knows things about their organization which he will make public unless they pay up. Fletcher explains that he was hired by the grimy newspaper editor Big Dave (Eddie Marsan) to dig up dirt on Pearson, which he did, but for a price, he won’t hand it over to the editor. Fletcher says he’s also written a screenplay, and he sits down to read it to Ray, as proof of what he knows.

So, the narrative continues as Fletcher reads his script, which begs the question, is this what really happened or just how Fletcher saw things? Hence, the confusion, but this is by design, and things do become more fun as the film goes along, as at times Ray chimes in to correct the story, and things we have seen change, as we re-watch sequences from different perspectives.

The result is a tale filled with unsavory characters that grows more complicated and outlandish as it goes along, building to some genuine big laughs. It’s also filled with some fast-paced dialogue and an energetic creative storytelling style that doesn’t allow the audience to relax.

Guy Ritchie’s style here is reminiscent of a Quentin Tarantino movie, only not as dark and violent, but the quirkiness of the script is there, the playful banter, and the deadly mix of comedy and bloodshed as well.

The mostly male cast is excellent. Matthew McConaughey does his thing, at which he is very good. Probably his signature scene is when he says that his product, marijuana, doesn’t kill his customers, unlike his competitors who deal in drugs that do exactly that. In that moment, McConaughey nails the character, defines Pearson’s persona, and pretty much makes him a sympathetic protagonist.

But as good as McConaughey is, the two best performances in the movie are by Hugh Grant and Colin Farrell in supporting roles. Grant’s weasel private eye Fletcher is probably the best character in the movie, thanks to Grant’s flamboyant performance. Fletcher is a fast-talking storyteller who when he’s not telling jokes or moving the narrative along, is flirting with Ray, albeit not very successfully.

Colin Farrell plays a quirky character named Coach, who runs a fight club, a group where he’s trying to do something positive for the young men in the neighborhood, but his young men run afoul of Pearson’s empire, which pulls him into the fray. It’s a lively spirited performance by Farrell, and he gets the best laughs in the movie.

Charlie Hunnam does his thing as Ray, which is look to solid and act competently.  Jeremy Strong is sufficiently slimy as Matthew, the man who’s trying to buy out Pearson’s empire. But Henry Golding is largely wasted as Dry Eye, an Asian drug dealer who is also out for Pearson’s blood. His scenes are brief and the character pretty one-dimensional.

And pretty much as the lone female character, Michelle Dockery is coolly efficient as Pearson’s no-nonsense wife Rosalind.

Ritchie wrote the screenplay, and it’s a good one. As I said, it starts off slow but then gains steam and never looks back. It’s a very funny script.

And behind the camera, Ritchie does a lot of things, from sequences viewed from different perspectives, to words superimposed over the screen at opportune times, to some quick and nifty editing. At the end of the day, you won’t be bored watching this movie. There’s a lot going on here.

I really liked THE GENTLEMEN. The characters were fleshed out and intriguing, the humor sharp and lively, and the story good enough to hold my interest throughout.

I definitely recommend this one. 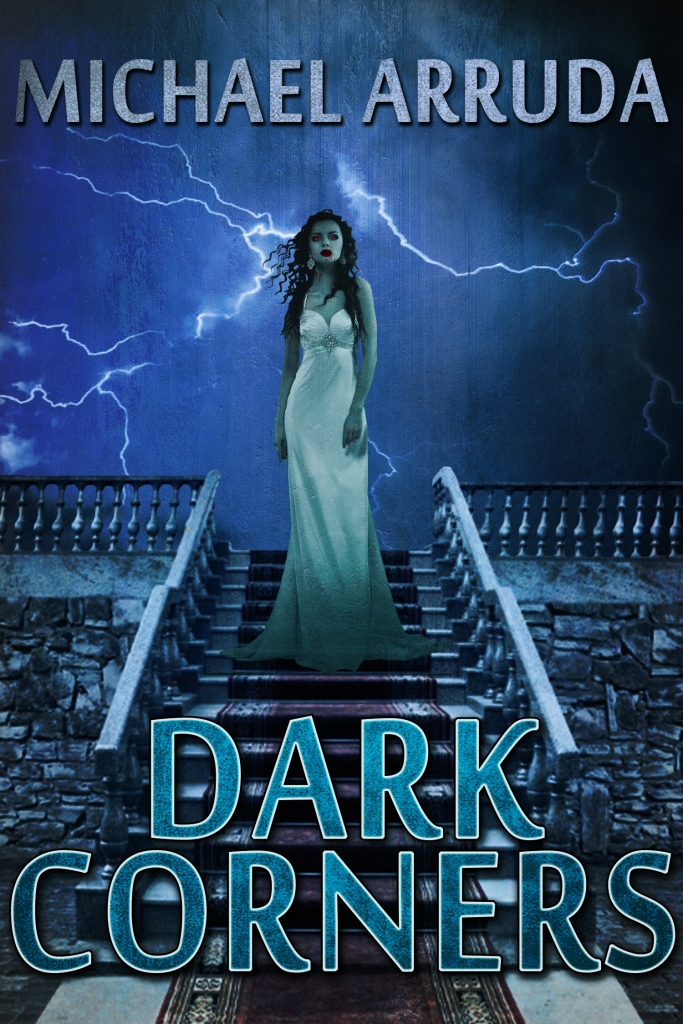 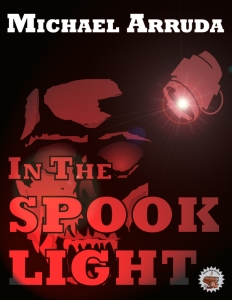 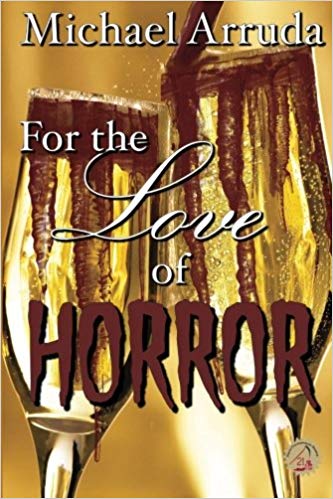 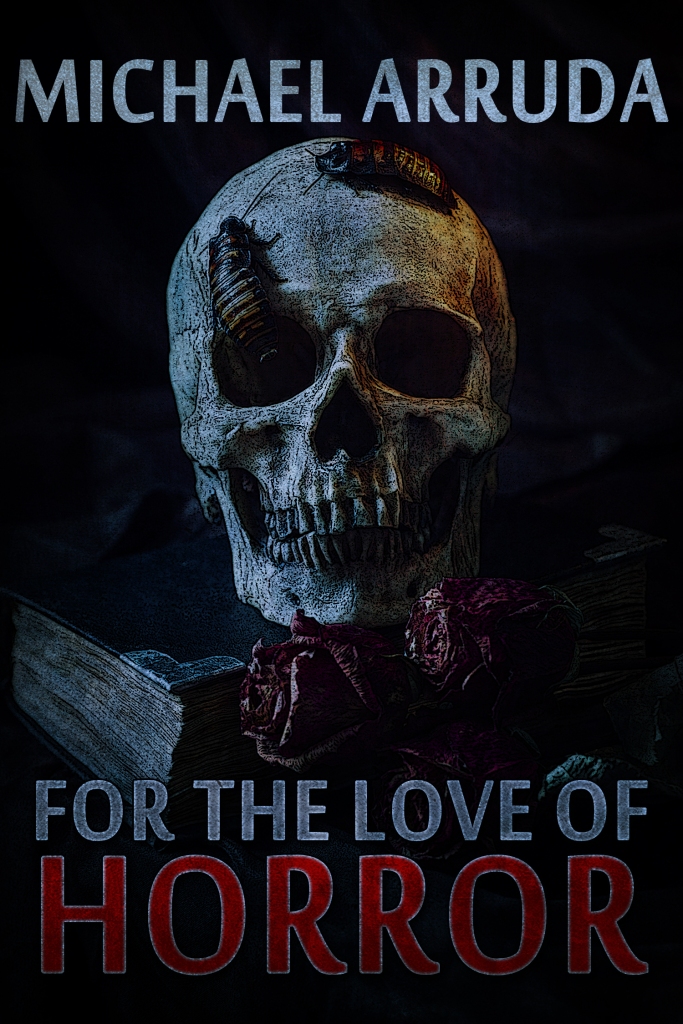