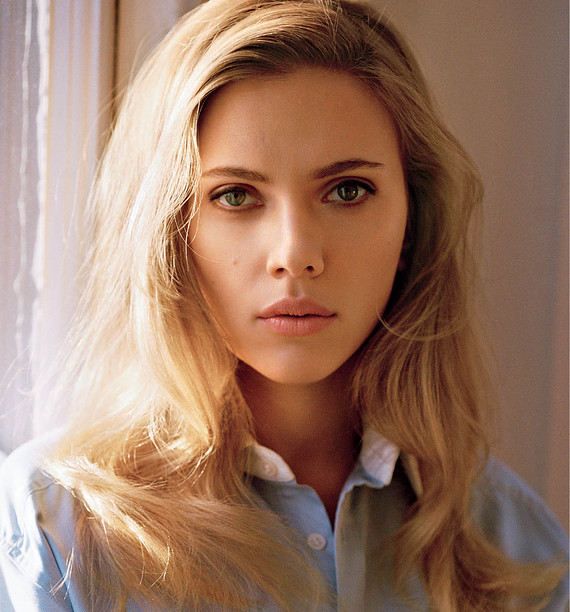 Scarlett Johansson has made a few more movies since I posted this list in 2014.  Here’s an update, including movies through June 2017:

Welcome to another edition of YOUR MOVIE LISTS, the column where you’ll find lists of odds and ends about movies.  Up today, a look at films starring Scarlett Johansson.  Here is a partial list of her movies:

LOST IN TRANSLATION (2003) – hanging out with Bill Murray in Japan in this quirky film by writer/director Sofia Coppola.

THE SPONGEBOB SQUAREPANTS MOVIE (2004) – lends her voice to this big screen adventure featuring SpongeBob, Patrick, and their undersea buddies.

THE PRESTIGE (2006) – Part of the rivalry between magicians Christian Bale and Hugh Jackman in this Christopher Nolan thriller.

THE AVENGERS (2012) – Johansson’s Black Widow is the sexiest crime fighting heroine since Diana Rigg in the other THE AVENGERS, the 1960s TV show with Patrick MacNee.

HER (2013) – seduces Joaquin Phoenix with only her voice in this Oscar-nominated movie.

CHEF (2014) – has too small a role in this comedy drama by actor/director Jon Favreau.

CAPTAIN AMERICA:  THE WINTER SOLDIER (2014) – Black Widow is back and she’s still kicking butt and looking incredibly sexy doing it in this superior CAPTAIN AMERICA sequel.

LUCY (2014) – She’s the best part of this science fiction thriller about a woman who suddenly finds herself able to access her full brain capacity.

AVENGERS:  AGE OF ULTRON (2015) – fourth appearance as Black Widow in this AVENGERS sequel, which is not as good as the first.

HAIL, CAESAR! (2016) – has one of the best scenes in the movie, a hilariously sexy sequence with Jonah Hill, in this otherwise underwhelming misfire by the Coen Brothers.

THE JUNGLE BOOK (2016) – provides the voice for the snake Kaa in this impressive Disney remake of the Rudyard Kipling tale, well-directed by Jon Favreau.

CAPTAIN AMERICA:  CIVIL WAR (2016):  fifth turn as the sexy Black Widow in the third CAPTAIN AMERICA movie and one of Marvel’s all time best.  This rousing superhero film plays like THE AVENGERS 2.5 and contains some of the most entertaining sequences in the Marvel movie universe thus far.

GHOST IN THE SHELL (2017) – plays the lead role of the Major, a cyborg crime fighter, in this disappointing remake of the classic Japanese animated film.

ROUGH NIGHT (2017) –  it’s a girl’s night out gone wrong as Johansson plays a woman enjoying a reunion with her college friends when they accidentally kill a male stripper.  This dreadful looking comedy opened to negative reviews and received a “pass” by me, as in “I’ll pass on this one, thank you very much.”

And look for Johansson to return as Black Widow for the sixth time in the third AVENGERS movie, AVENGERS: INFINITY WAR, due out in 2018.  Sadly still no sign of that stand alone Black Widow movie,  rumored to be in the works a few years ago.

There you have it, a partial list of some notable Scarlett Johansson movies.