Even though THEIR FINEST (2017) is mostly a comedy romance about the making of a propaganda movie about Dunkirk, what it does best as a World War II period piece is capture what life was like in Great Britain during the war, when men of age were off fighting, and left to pick up the slack at home were women, the elderly, and the injured.

It’s 1940, and the Nazis are bombing England relentlessly.  In this harsh environment, Catrin Cole (Gemma Arterton) shares an apartment with her struggling artist husband Ellis (Jack Huston).  Catrin lands a new job as a scriptwriter for a studio that makes propaganda movies for the war effort.  She’s hired to assist screenwriter Tom Buckley (Sam Claflin) with her specific duties being to write female dialogue.

The studio decides to do a movie on the Dunkirk rescue, and they base it on the story of twin sisters who took their father’s boat without his permission in order to rescue British soldiers.  Aging has-been actor Ambrose Hilliard (Bill Nighy) is hired to play the role of the drunken father, in the film changed to a buffoonish drunken uncle.  At first, Hilliard is not interested but eventually changes his mind when he’s reminded by his agent Sophie (Helen McCrory) that he’s no longer a young leading man and needs to take advantage of the roles now being offered him to keep his career alive.

When the Secretary of War (Jeremy Irons) informs them that Churchill plans to use their film as a tool to inspire Americans to join the war effort, the film takes on a whole new meaning and suddenly it becomes a major production.

I really enjoyed THEIR FINEST.  It’s full of fine acting performances, features spirited direction by Danish director Lone Scherfig, and has a literate script by Gaby Chiappe, based on the novel Their Finest Hour by Lissa Evans.

Gemma Arterton is wonderful as Catrin Cole. She plays Catrin as an independent intelligent woman who’s not afraid to ask for more money for her work when she knows she has to support her artist husband.  Arterton enjoys nice chemistry with Sam Claflin who plays fellow writer Tom Buckley.  Catrin and Tom grow closer together, even though Catrin tries her best to ignore her feelings since she’s married, but eventually fate intervenes.

Arterton has appeared in a wide variety of roles, but of the movies I’ve seen her in previously, QUANTUM OF SOLACE (2008), HANSEL & GRETEL: WITCH HUNTERS (2013), and RUNNER RUNNER (2013) this is by far the best role I’ve seen her play.  She’s smart, sincere, and sexy.

Sam Claflin also does a nice job as fellow writer Tom Buckley, who recognizes Catrin’s talent and eventually falls in love with her. Claflin played the young filmmaker in the underrated Hammer thriller THE QUIET ONES (2014).  Claflin has also appeared in THE HUNGER GAMES movies, THE HUNTSMAN films, and PIRATES OF THE CARIBBEAN:  ON STRANGER TIDES (2011).

And Bill Nighy delivers a scene-stealing performance as aged actor Ambrose Hilliard who is so full of himself that when he first reads the script for the Dunkirk movie he believes he’s being offered the role of the young hero, not the drunken uncle. Nighy gets the best lines in the film, and he also enjoys some of its best scenes.

In a movie-within-a-movie scene, where Catrin rewrites the uncle as a more heroic character, Nighy plays the uncle’s dying moment on the boat.  He hallucinates and thinks the two soldiers with him are his sons, who were lost in the previous war, World War I.  It’s a brilliant moment.  The scene works in the fictional movie, and it works in the main film because Nighy nails Hilliard’s delivering the performance of his life.

And the most poignant moment in the film comes near the end, after Catrin has endured tragedy, and it’s Hilliard who’s there by her side to keep her from falling, and he tells her that they only have these opportunities because the young men are all at war, but that doesn’t mean that they shouldn’t take full advantage of these opportunities, which sums up the main theme of the movie.

Jack Huston is also very good as Catrin’s husband Tom, struggling with both his artistic career and sense of worth since an injury has kept him from fighting in the war.

Helen McCrory stands out as Sophie Smith, whose husband was Hilliard’s agent until he was killed by a Nazi bomb.  Sophie decides to take over her husband’s practice, and once she does, Hilliard’s career never looks back.  It’s a very strong performance by McCrory, and like Arterton and Claflin, she shares nice onscreen chemistry with Bill Nighy.

Likewise, Jake Lacy is memorable as Carl Lundbeck, an American war hero who is added to the cast to make the film more appealing to Americans, which causes some headaches as well as some comic relief because he has no acting experience whatsoever.  Lacy ‘s performance reminded me of something a young Christopher Reeve might have done.

The rest of the cast is solid and enjoyable.  There’s not a weak link to be found.

I loved the script by Gaby Chiappe. It works on several levels.  The most fun and rewarding level is the film within a film concept, and by far the liveliest scenes are the behind the scenes workings of the writers and film crew trying to get this film off the ground.  And the finished product, a Technicolor production entitled THE NANCY STARLING, which we catch glimpses of as Catrin sits in an audience of enthusiastic filmgoers, generates lots of emotion.

The movie also works as a wartime romance, as well as a World War II period piece drama. And just when I wasn’t so sure the romance part was working, the film delivers a menacing blow and at that point reaches a whole other level.

I also enjoyed the direction by Lone Scherfig.  The film looks great, and she captures the period of World War II England, bombed on a regular basis, perfectly.

There’s even a nod to Alfred Hitchcock..

The title, THEIR FINEST, comes from a speech by Winston Churchill, where he described England’s resistance to the Nazis as “their finest hour.”

THEIR FINEST is a wonderful movie.  In addition to being a love story and a comedy, it’s also a thoughtful and poignant look at the role women played in England during the war.

It’s movie making at its finest. 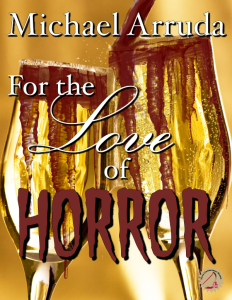