Welcome back to THE HORROR JAR, that column where we look at lists about movies, especially horror movies.  Today we look at genre movies scored by Jerry Goldsmith, and there are a lot of them. 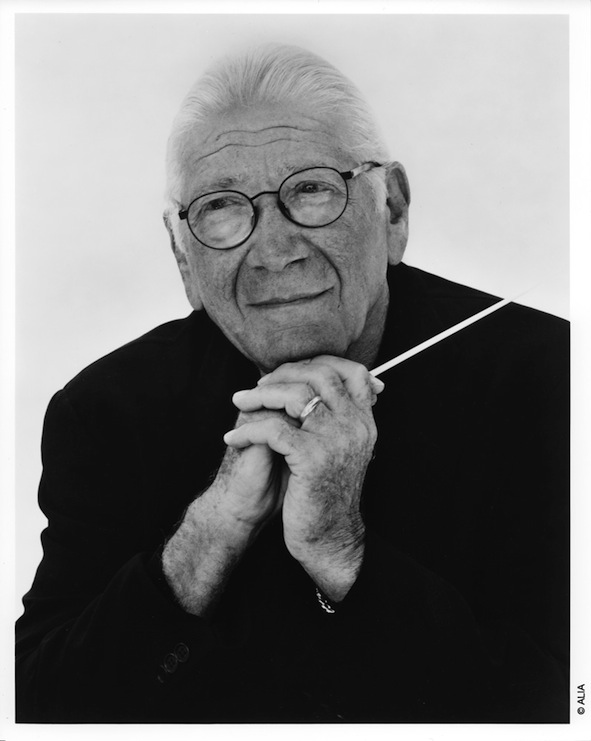 Looking back at Jerry Goldsmith’s career, it’s amazing to see just how many horror and science fiction films he wrote the music for, and how memorable these scores are.  There are so many, in fact, that I’ve divided this column into two parts.

Here’s a partial look at his prolific career, concentrating mostly on his genre credits:

SEVEN DAYS IN MAY (1964) – provided the music for this taut nuclear war thriller directed by John Frankenheimer and starring Burt Lancaster, Kirk Douglas, and Fredric March.  It’s DR. STRANGELOVE without the laughs.

PLANET OF THE APES (1968) – This Jerry Goldsmith score remains one of my favorites.  The unusual music here really captures the feel of the Ape world and adds to the “madhouse!” emotions which Charlton Heston’s Taylor has to endure at the hands of his captors.  Classic.

THE ILLUSTRATED MAN (1969) – Science fiction film based on the short story collection of the same name by Ray Bradbury and starring Rod Steiger.

THE MEPHISTO WALTZ (1971) – Obscure horror film with Alan Alda as a pianist who finds his soul in the hands of a scheming satanist.

ESCAPE FROM THE PLANET OF THE APES (1971)-  Goldsmith goes ape again as he scores the third film in the series, a creative flick in which apes Cornelius (Roddy McDowall) and Zira (Kim Hunter) travel back in time to present day Los Angeles.

THE OMEN (1976)- the big one, probaly Goldsmith’s most powerful score, and the only one for which he won an Oscar.  Still a very scary movie today, and Goldsmith’s music is a major reason why. 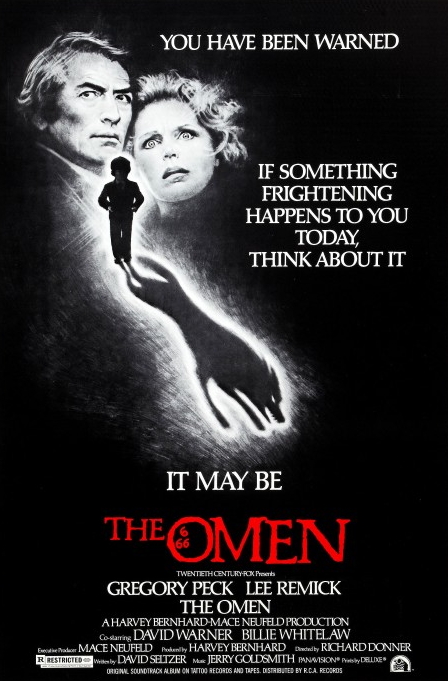 DAMNATION ALLEY (1977) – Much-hyped science fiction movie about survivors in a post-apocalyptic world starring George Peppard and Jan-Michael Vincent was a major flop upon its release, as it was completely overshadowed by another science fiction release that same year, a little film called STAR WARS (1977).

CAPRICORN ONE (1978) – another major flop from the 1970s, this thriller about a fake space mission to Mars featured a strong cast which included Elliott Gould, James Brolin, Brenda Vaccaro, Sam Waterston, O.J. Simpson (remember when he was that likable former football star who went on to make movies?), Hal Holbrook, Karen Black, and Telly Savalas.

DAMIEN:  OMEN II (1978) – Goldsmith’s back at it again, composing yet another horrific score in this OMEN sequel that, while nowhere near as good as the original, remains highly entertaining today.  Starring William Holden and Lee Grant.

THE SWARM (1978)- One of the worst movies of the decade and certainly one of the worst “disaster” movies ever made.  This tale of a swarm of killer bees attacking the United States was directed by Irwin Allen who must have been punch drunk over the success of his previous hits THE POSEIDON ADVENTURE (1972) and THE TOWERING INFERNO (1974) when he made this turkey.  With an “all-star” cast which included Michael Caine, Katharine Ross, and Richard Chamberlain, and many many unforturnate more.  It’s hard to believe that this storyline– deadly killer bees– used to be considered real and scary.  I can’t believe I actually saw this one at the movies!

THE BOYS FROM BRAZIL (1978) – Excellent thriller about a Nazi hunter (Laurence Olivier) on the trail of a fanatical Nazi (Gregory Peck) with plans to resurrect the Third Reich.

MAGIC (1978)- The Anthony Hopkins horror classic about a ventriliouost and his evil dummy.  1978 was a busy year for Jerry Goldsmith, as MAGIC was the sixth film he scored that year!

ALIEN (1979)- Goldsmith just keeps on rolling here with his chillingly effective score for this science fiction classic which launched the career of Sigourney Weaver.

STAR TREK:  THE MOTION PICTURE (1979) – Goldsmith’s score for the first STAR TREK movie is my personal favorite.  Kirk (William Shatner), Spock (Leonard Nimoy), Dr. McCoy (DeForest Kelley) and the rest of the Enterprise crew hit the big screen for the first time with mixed results.  It’s highbrow science fiction to be sure, but it’s all so slow paced.  This one continues to grow on me over the years, but I loved Goldsmith’s music from the get-go.  Sure, his iconic new theme went on to become the main theme for STAR TREK: THE NEXT GENERATION, but that’s not what I love about this score.  It’s all rather dark and ominous, a powerful score that remains the finest music score in the STAR TREK universe. 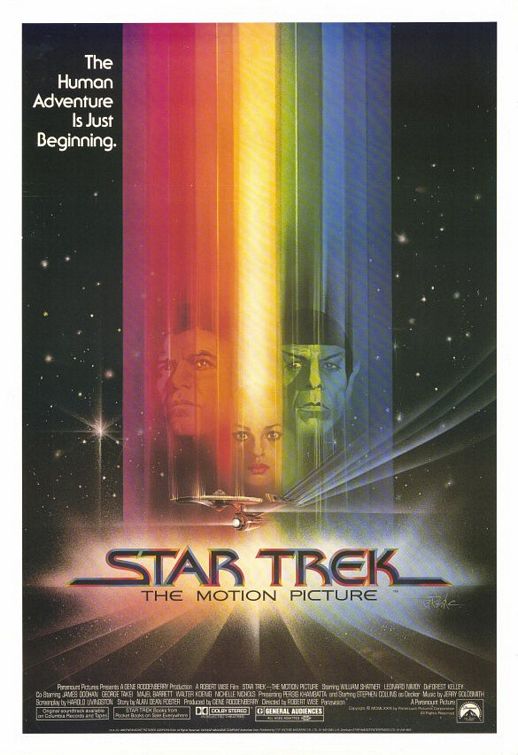 THE FINAL CONFLICT (1981)- the final film in the OMEN trilogy, and by far the weakest, even with a young Sam Neill cast as the adult Damien.

OUTLAND (1981) – Interesting science fiction movie with Sean Connery playing a Marshall on a mining colony on Jupiter’s moon tangling with some baddies without help from its inhabitants.  It’s HIGH NOON (1951) in space.

PSYCHO II (1983) – provides yet another very effective music score in this long awaited sequel to the Alfred Hitchcock classic, once again starring Anthony Perkins as the twisted tormened Norman Bates.  It’s certainly not PSYCHO (1960) but this thriller by director Richard Franklin really isn’t all that bad.  Vera Miles also reprises her role from the original.

TWILIGHT ZONE:  THE MOVIE (1983) – Muddled big screen treatment of classic Rod Serling TV series, a real head-scratcher when you consider the talent involved – Joe Dante, John Landis, George Miller, and Steven Spielberg each directed a segment and yet this film still is a clunker.

And that’s all the time we have.  Tune in for Part 2 of THE HORROR JAR:  Jerry Goldsmith when we look at the second half of Goldsmith’s career.  Coming soon!

One thought on “THE HORROR JAR: Music by Jerry Goldsmith, Part 1”