Here is my latest IN THE SPOOKLIGHT column, on the George Zucco/Dwight Frye horror movie DEAD MEN WALK (1943), up now in the January issue of THE OFFICIAL NEWSLETTER OF THE HORROR WRITERS ASSOCIATION. 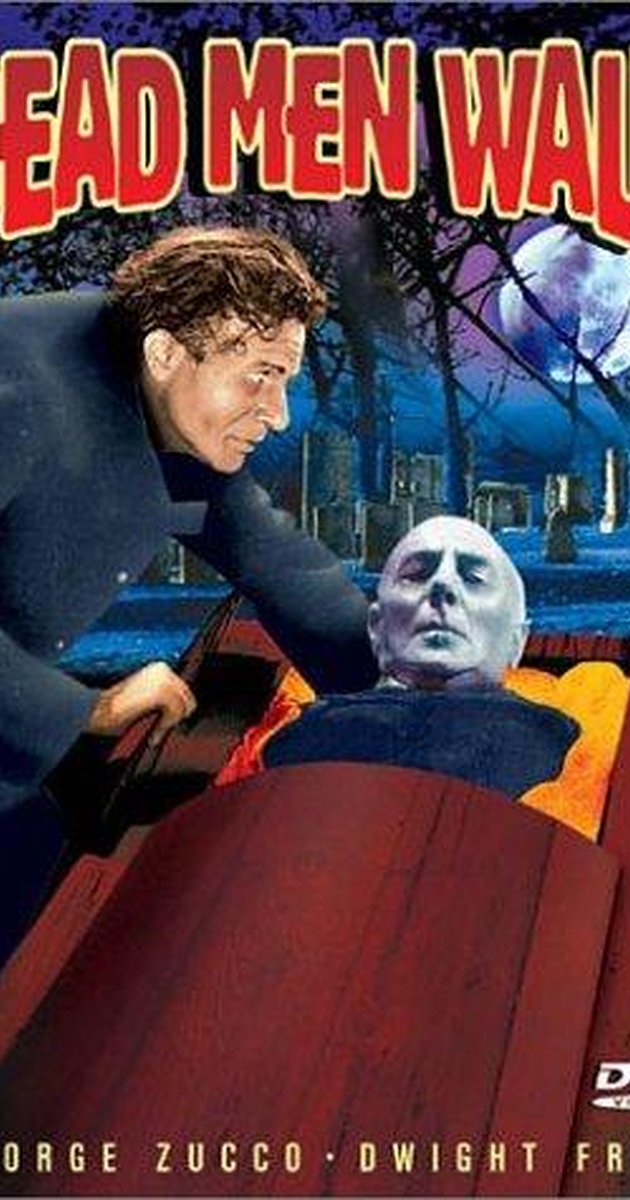 January.  The dead of winter.

George Zucco is one of my favorite character actors from the 1940s.  In the horror films of that decade, he often played a villain or a mad scientist, and while he never achieved a name for himself like Bela Lugosi or even John Carradine, he was quite good in many, many movies.  I always remember him for his brief bit as Professor Bruno Lampini in the Universal monster fest HOUSE OF FRANKENSTEIN (1944), and he also played the High Priest Andoheb in three of the Universal Kharis MUMMY movies, THE MUMMY’S HAND (1940), THE MUMMY’S TOMB (1942), and THE MUMMY’S GHOST (1944).

Zucco plays the lead in DEAD MEN WALK, and as expected he’s quite good.  He plays a dual role in this one, as he portrays twin brothers, one good, the well-respected doctor Lloyd Clayton, and the other, the devil worshiping  Dr. Elwyn Clayton, not so good.

And if this weren’t enough, Dwight Frye even shows up as Zucco’s hunchbacked assistant, Zolarr.  As a result, in spite of being a no-budget thriller, DEAD MEN WALK is a real treat.

DEAD MEN WALK opens with a funeral, as Elwyn Clayton (George Zucco) lies dead in his coffin.  His twin brother Dr. Lloyd Clayton (George Zucco) declares his brother better off dead, since he was such an evil soul.  When Elwyn’s hunchback assistant Zolarr (Dwight Frye) shows up, he accuses Lloyd of murdering his brother.  Lloyd dismisses Zolarr’s accusations and says he acted in self- defense.

Anyway, faster than you can say “Fritz” or “Renfield” (take your pick) Zolarr resurrects Elwyn’s body and brings him back to life, and it’s easy to do, because we learn that Elwyn is now a vampire!  As a vampire, Elwyn wastes no time putting the bite on Lloyd’s niece Gayle (Mary Carlisle).  It’s now up to Lloyd to protect his niece and stop his undead brother once and for all.

DEAD MEN WALK isn’t anything more than a Grade Z horror movie, but Zucco and Frye raise it up a few notches and make it worth watching, which is a good thing because visually this one has little to offer.  There are very few exciting scenes, nor is there much atmosphere.  Director Sam Newfield’s idea of suspense is to have Dwight Frye peer menacingly through a window.

Even the vampire elements are downplayed.  All the bites occur off-camera, and when George Zucco plays the vampire twin, he wears no make-up.  The two characters are distinguishable because the good doctor wears eyeglasses and the evil vampire brother doesn’t.  Maybe his vision improved as an undead!

The script isn’t bad though.  It’s written by Fred Myton whose credits go back to the silent era.  In fact, his earliest credits date back to 1915.  One hundred years ago!  How about that?  The dialogue in DEAD MEN WALK really isn’t bad at all.  In fact, it’s actually pretty good, and for the most part, when the characters speak, they sound like real people.

Zucco’s great as he always is.  And he’s much more than just a screen villain.  In fact, his evil twin is pretty one-dimensional.  It’s the good brother, Lloyd, who Zucco actually makes more interesting.

And what else can you say about Dwight Frye other than it’s a shame he wasn’t able to make more movies.  After his roles as Renfield in DRACULA (1931) and Fritz in FRANKENSTEIN (1931), he was typecast as weirdos and hunchbacks.  He died young, at the age of 44 in 1943.  A shame.  Only Frye could give a dignified death to a character whose last lines are cries of “Master!  Master!”  Most other actors screaming these lines would be laughable.  When Frye screams them, as Zolarr lies trapped in a burning house, he generates legitimate sympathy for the character. 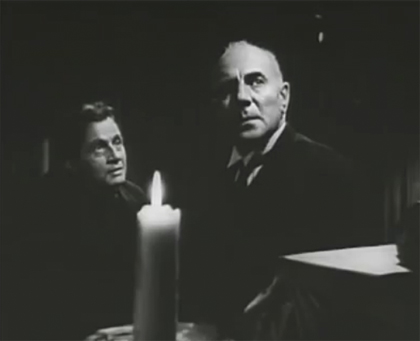 And really, Dwight Frye and George Zucco are the only reasons to see DEAD MEN WALK.  They lift the material and make this otherwise Grade Z movie enjoyable.

It’s cold.  It’s January.  It’s that time of year we’re all stuck inside.

To beat that claustrophobic feeling go out for a walk.  It’ll do you good.  And you won’t be alone.

Not when DEAD MEN WALK.